The exhibition “Cartografie visive per un atlante immaginario della città di Catania” [Visual Cartographies for an imaginary atlas of the city of Catania], takes place at GAM – Modern Art Gallery – Ex Convent of Santa Chiara, Catania, by Thursday 12th September at 6.30 pm. The project has been curated by Rosario Antoci with the collaboration of the students of the course of Photography for Cultural Heritage enrolled in the second-level degree of Photography, and of those enrolled in the second and first-level degree of Catania Academy of Fine Arts.
The several students’ exposed projects were born by the course programme, called Urban Fabric. They aim to a visual exploration that, in the final part, gives back a unique image of Catania, looked through sensitive and versatile glances.
Three elements influenced the students when they had approached to the project.
-The first, the decision of the European Community to promote 2018 as the European Year of cultural heritage encouraging the collaboration and its enhancement by some aims, that this project has reached, too, such as the debate, the best practice to preserve and develop places, the strategies for local and regional development and the heritage as inspiration for modern creation;
– the second, the city of Catania as the unique subject of the students’ works. They show the metropolis as a puzzle to be solved, decoded and returned through its urban fabric, signs and visions.
-Finally, Cartografie Visive [Visual Cartographies] was born as an organic system of visions and knowledge where photography is a compass to find your own way around the city, to make direct travel experience still possible in the era of Google Maps.
An exhibition event that offers a layered reading of Catania, a place where it is possible, as Rosario Antoci pointed out, to develop maps and be seduced by the peremptory charm of the journey because everyone can project their own itineraries on those maps, cross them, find themselves and getting lost, and so building customized geography.
The design, which involved different profiles and approaches, combines photography with the urban space, imagining journeys in the city and itineraries that offer crossings that are not only represented, but extend themselves to the knowledge and to the respect of the works and contexts. The result is an atlas, an attempt unique in its way, which includes non-places, night lights and urban signs of worship, well-known places like Le Terme della Rotonda, the Monumental Cemetery, the historic cinemas of the city and the Botanical Garden such as other spaces characterized by memory and slowness, visual and philosophical reflections about the city, suggestions and traditions.

Cartografie Visive [Visual Cartographies] is the goal of a didactic and research path that ends a specific itinerary as well as confirms the effectiveness of the entire School of Photography directed by Carmelo Nicosia. About it, Nicosia declared: the School of Photography of Catania Academy of Fine Arts, one of the few national realities to have a three-year and two-year specialist courses, is worthily represented by Professor Rosario Antoci, professor of Photography for Cultural Heritage, with the exhibition Cartografie Visive [Visual Cartographies]. He is a sophisticated intellectual who, by this project, crosses the city of Catania with an overall and in-depth map, with a new modus operandi, to observe complex realities, to create a model that closely links visual elements and socio-economic contents.

The exhibition “Cartografie Visive” [Visual Cartographies] is set up at the GAM – Gallery of Modern Art – Ex Convent of Santa Chiara, and sponsored by the Municipality of Catania. It is the result of the collaboration with Catania Academy of Fine Arts – with the Photography School and with Salvo Pogliese – Mayor of Catania, Barbara Mirabella – Councilor for Culture of the Municipality of Catania, Francesco Gullotta – Director of the Culture and Tourism sector, Salvatore Lo Giudice – Head of Major Events, Giovanni Oberdan – coordinating set-ups, Ornella Laneri – President of the Oelle Foundation, Alessandro Blancato – Catania ABA Director adm., Mara Sileci – Director of ABA CT Office Accounting and Patrizia Grasso –  Catania ABA Adm. Ass. Cartografie Visive [Visual Cartographies] remains open until 30 September and is the subject of a catalogue published by Tyche which includes the projects on display. Its texts are written by Rosario Antoci and Carmelo Nicosia and includes the speeches by Salvo Pogliese – Mayor of Catania, Vincenzo Tromba – Director of Catania ABA – and Barbara Mirabella – Councilor for Culture. 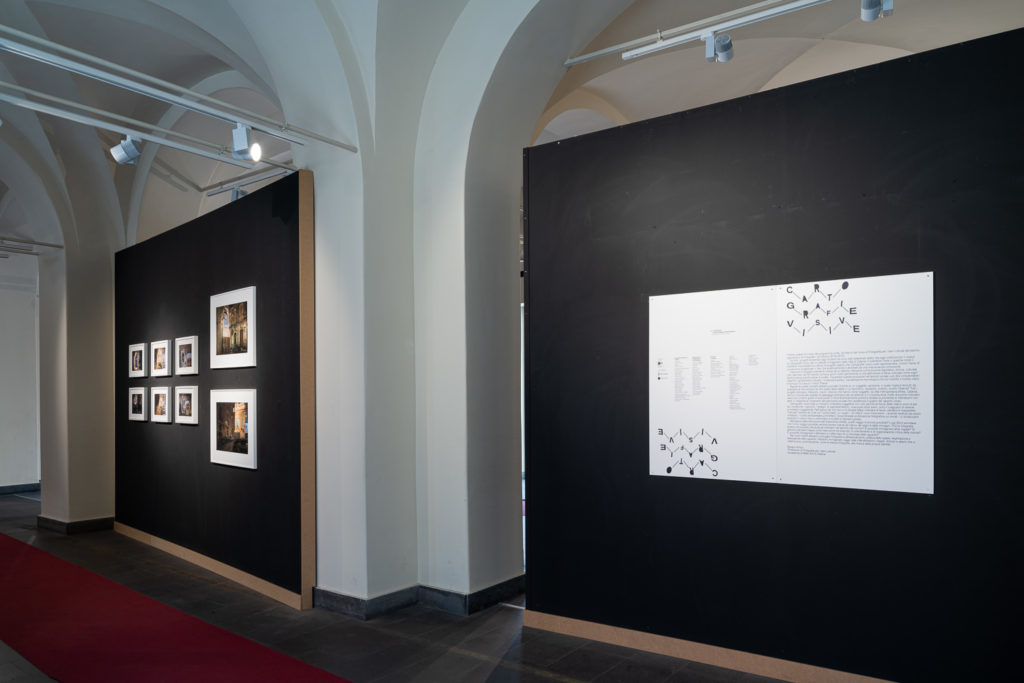 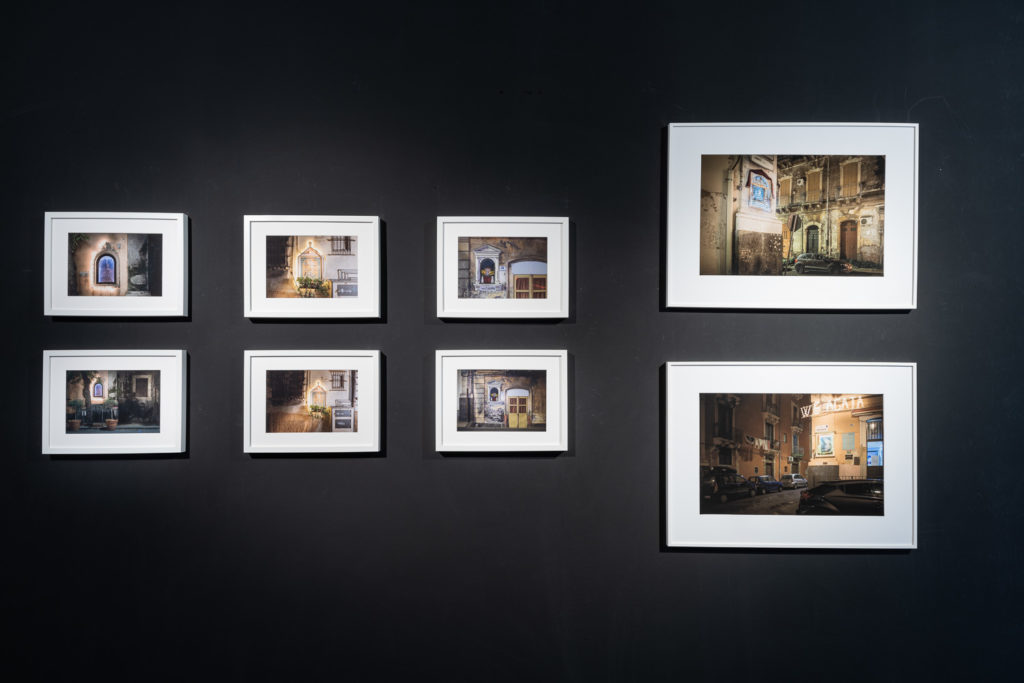 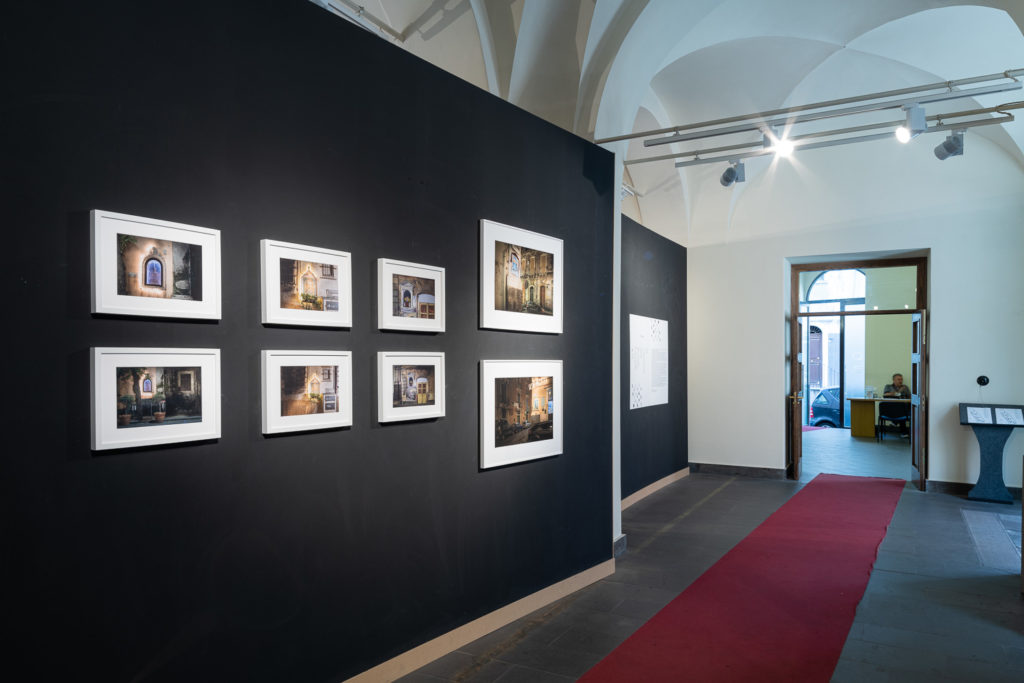